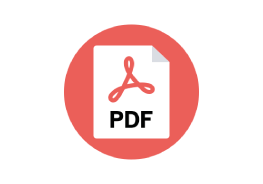 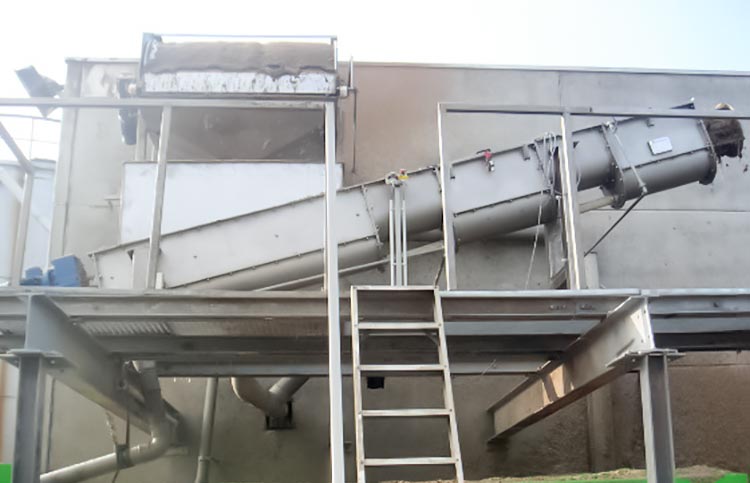 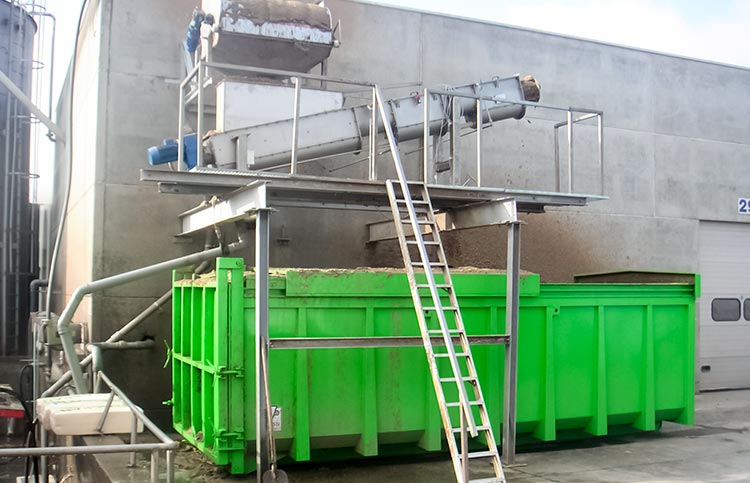 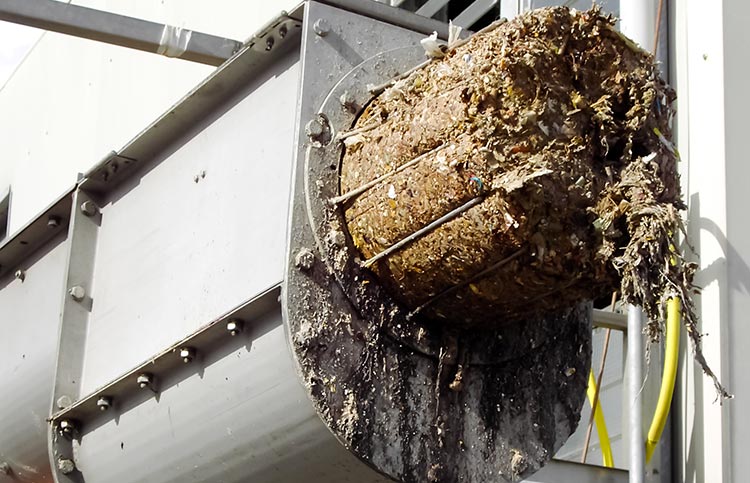 The Definitive Ecology combined washing and compaction machine features an anti-jamming shaftless spiral, used to transport, wash and compact/dewater screenings and all other types of solids, also those containing fibrous materials. The machine is composed of three sections: water inlet valve, transport zone, compaction/dewatering zone and discharge. The machine is installed at an angle of inclination from 5° to 25° to allow return of the water from the washing zone to the compaction/dewatering zone. The solids to be compacted enter the machine from the feeding zone: surplus water is expelled from the screen. The shaftless spiral transports the solids to the double washing system where organic matter is removed. The screenings then enter the first compaction/dewatering zone where a “plug” is formed. Before being unloaded, the screenings are further compacted thanks to a special “presser fingers” system in the second compaction zone. The water is expelled via a screen basket in the washing zone. There is a washing system installed in both the drainage zones to keep the system clean.